Best of TFL: A Whiter Shade of Pale: Filtration in White Wine

The Feiring Line / Best of TFL: A Whiter Shade of Pale: Filtration in White Wine

Best of TFL: A Whiter Shade of Pale: Filtration in White Wine 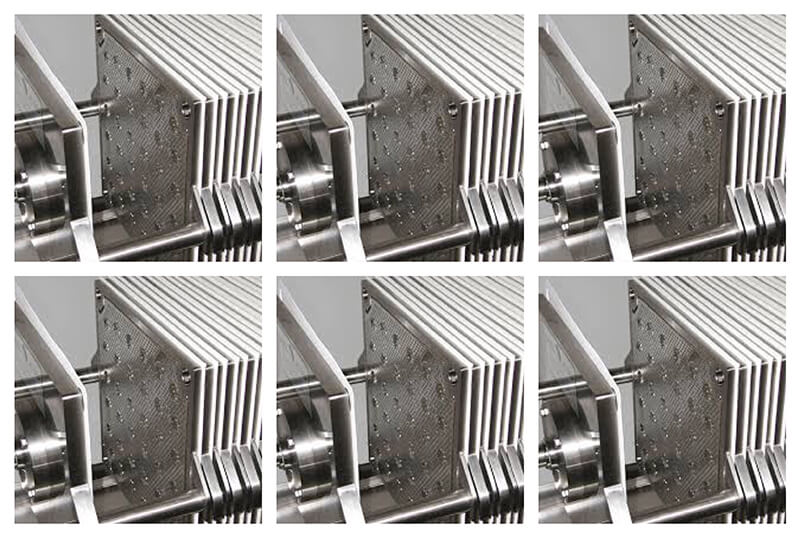 Explaining why he preferred white wine with oysters, the influential Beaujolais oenologist and négoçiant Jules Chauvet once reasoned, “Oysters are easily eaten, white wine is consumed that way too. They are in the same line, if you will. Both of them have no body.”

The same absence of body makes it more difficult to discern, in white wines, what in red wines is apparent to experienced tasters: fining or filtration or both. These processes, which on a red wine leave an indelible trace on its profile, often pass unnoticed on white wines.

In the natural winemaking community, where the ethos of ‘add nothing – take nothing away’ ostensibly reigns, filtration of white wines is a subject on which many winemakers turn out to be surprisingly agnostic.

“I quite like filtration, on the whites,” says Bertrand Jousset, whose natural Montlouis chenins are mainstays at many Paris natural wine bars, from Septime La Cave to Café de la Nouvelle Mairie.

Jousset filters with pink diatomaceous earth, which is generally more severe than white diatomaceous earth. He says that after fifteen years of experience, he manages nowadays to vinify certain cuvées entirely without sulfur. But he doesn’t seek to forgo filtration.

“I find it cleans them, before bottling,” he explains.

Nor is he alone in the natural wine scene in employing filtration for white wines. I daresay he’s in the majority. Guillaume Lavie’s chiseled, lithe Roussette de Bugey? Filtered. The intense, high-acid Vouvrays of Michel Autran? Filtered. The glimmering, sought-after savagnin and chardonnay of Domaines Les Bottes Rouges in the Jura? Filtered. None of the aforementioned domaines filter their red wines.

I like all these winemakers; I am happy to drink their wines; I support their work.

But I can acknowledge that filtration of white wines comprises a double standard that is problematic for the ideology of natural wine. Depending on when it is enacted, and how, filtration can represent either a light insurance of stability, or a stylistically transformative intervention, as depressing, in its way, as heavy sulfur use.

“It’s not sufficient that a wine be good, it must be limpid and without deposit,” wrote the renowned French oenologist Emile Peynaud in the 1982 edition of his book Connaissances et travail du vin. “The severity is still greater for white wines, housed in transparent bottles, in which the least deposit is perceptible when we turn the bottles… In commerce, it is not possible to not take into account this demand of the clientele.”

Peynaud prescribes an aggressive clarification regimen:  fining with bentonite or caseine even before fermentation, coupled with at least one filtration before bottling.

The trend towards greater tolerance for turbid wines (whites and reds) among natural wine drinkers would seem to permit natural winemakers wider leeway to avoid filtration.

However, the high overhead of organic farming and natural winemaking means that natural winemakers are often under exceptional financial pressure to release wines early. This is a recurrent problem in cooler regions where alcoholic fermentation and malolactic fermentation can take years, or become blocked entirely. Filtration helps assure the stability in white wines bottled with some residual sugar, as well as those that have not undergone malolactic.

“The idea is to one day no longer have filtration on my whites—to do very long élévage, so the wines have the time to stabilize, so at the moment we bottle, nothing else will happen,” says natural Vouvray winemaker Michel Autran. “But for the moment, it’s not possible.”

Autran’s wines are subject to the two factors that can naturally block malolactic fermentation: low pH (high acidity) and, thanks to his ultra-deep chalk cellar, extreme cold. So he filters both of his still whites with diatomaceous earth; one undergoes an additional cartridge filtration before bottling. It permits the wines to be released sooner, by removing dormant yeasts and bacteria, including, in the latter category, malolactic bacteria.

“Still, it harms the wine,” he admits. “I’d quite like to no longer filter someday.”

Autran wishes his white wines would complete malolactic fermentation, but refuses to intervene to speed up the process, and finds himself obliged to filter. Who can blame him?

At a time when estates with no ties to the natural wine community—and no compunctions about exploiting it—are beginning to produce low or zero sulfur cuvées to respond to the popularity of natural wine, the question arises: how natural is it to block malolactic fermentation?

After a press lunch back in May at a large conventional organic domaine in Provence, I approached the oenologist by the charcuterie stand. He’d just declared the domaine’s barrel-aged rolle to have been vinified “almost naturally, almost without sulfur entirely.”

“If you’re not sulfuring,” I ventured disingenuously, “I imagine the wine must undergo malolactic fermentation?”

“No,” he responded, just as disingenuously. “The malo just doesn’t happen.”

Speaking with French oenologists is like dialogue in a John le Carré novel. Misdirection abounds. In the French south, and in particular where we stood in the Var, none of the conditions obtain for malolactic fermentation simply not to happen. Malolactic fermentation, in this case, “just didn’t happen” because the wine had been sterile-filtered to prevent it. This is not at all uncommon in Provençal whites; it is the nearly unanimous norm.

For natural wine drinkers, the how of white wine filtration—whether it be performed via diatomaceous earth, membrane cartridges, pads, or cross-flow—is arguably less important than the when. Filtration just before bottling merely stabilizes a wine. Filtration before alcoholic fermentation is a precursor to artificial yeast insemination; filtration just after alcoholic fermentation is intended to block malolactic fermentation. These latter two procedures have no place in the repertoire of conscientious natural winemakers.

One begins to suspect that the near-universal acceptance of filtration in white wines—even within the natural winemaking community—is an alliance born of convenience between winemakers in cool regions who require filtration to assure stability for timely release, and winemakers in warm regions who feel filtration necessary to preserve acidity. It comprises a system in which the appealing economics of early-release of white wines supports a consumer aesthetic that favors young, fruity, crisp, limpid white wines, and vice versa.

Peynaud himself predicted this, writing in 1982, “The need for the rapid use of wines, and the more and more widespread usage of high capacity vinification recipients, oblige recourse to efficient procedures of clarification.”

A statement like this raises the question: what were white wines like before “efficient procedures of clarification” became an economic obligation? Estates practicing mixed agriculture in a bygone era presumably had more financial leeway to allow for longer élévage if fermentations were slow. The prevailing ideotype of most white wine today—young, crisp, fruity, and limpid—was probably rare to nonexistent. In warm regions as in cool regions, it is a style entirely dependent upon filtration.

Rare is the winemaker—even the natural winemaker—who manages to rebel against this system. Among the most radical stands I have encountered is that of veteran Alsatian natural winemaker Christian Binner, who practices long élévage of unsulfured white wines, bottled without filtration. His reasoning is holistic in nature.

“It’s important to eat food that is varied in bacteria and yeasts, because it permits us to digest. For me it’s just as important to drink wine when there’s all that inside it, despite the deposit and the little sparkle,” he explains. “When you drink a wine—even a natural wine without sulfur—that is sterile-filtered, you drink just alcohol which will exhaust your liver. It’s just a stone that falls to the bottom of the stomach.”

Occasionally he’ll find himself with tanks that refuse to finish their sugars, even after years of élévage; he bottles such wines with the inventive suffix “qui gazouille,” or “which murmurs,” added to their cuvée name, e.g. his 2010 Riesling Kaefferkopf L’Original Qui Gazouille. It is a cute, slightly euphemistic way of warning consumers the wine will probably possess a light sparkle. Rather than filter, Binner prefers to bottle a vastly more challenging style of white wine—one that harks back to a time before filtration became the norm for all white wines, natural or otherwise.

“The cloudy apple juice passes fine,” he jokes, by way of comparison. “You just need to explain why it’s cloudy.”