Best of TFL: Hirotake Ooka, A Visionary in Cornas

The Feiring Line / Best of TFL: Hirotake Ooka, A Visionary in Cornas

Best of TFL: Hirotake Ooka, A Visionary in Cornas 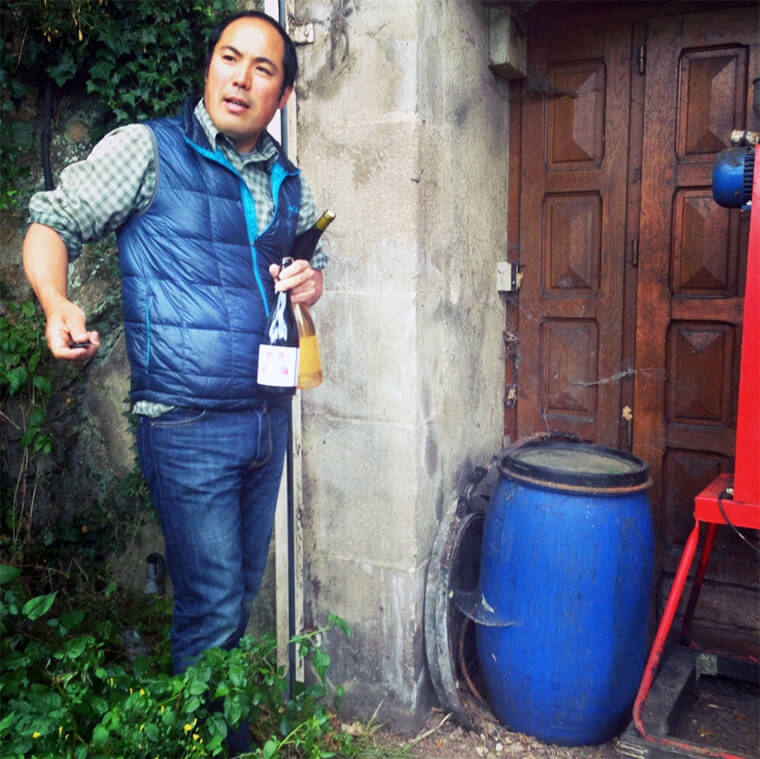 Beneath the suave cravat of a Parisian from the 16th is the hardworking, determined Japanese vigneron ex-pat, Hirotake Ooka.

So, how did a nice Japanese boy like Hirotake Ooka get to Cornas, a secluded, almost xenophobic place with steep hills and hardworking vignerons, about as far away in aesthetic as you can get from Tokyo? As Oh means big and oka means hill, it’s easy to think there was some karma going on. He was fated to it.

In 1997 Ooka left his Japanese city for Bordeaux to learn winemaking. The impetus for change was a bottle of Allemand. Having sniffed that wine truth, he headed to the northern Rhône in search of work with that winemaker. Rebuffed, he landed a vineyard management job with Guigal—not exactly a bastion of the natural wine world order, but at least he was in the right neighborhood. In time, Allemand relented and there, in the hills of Cornas, Hirotake worked. He made his first wines under his own Le Canon label in 2001. In 2002, 19 virgin hectares in Cornas came up for sale. It was within sight of Allemand’s vineyard and winery on the splice between Saint Peray and Cornas. This preceded the region’s huge uptick in prices (which could now run almost a million a hectare for cultivated land). Beyond the price benefit, the soil was chemical free. This was the beginning of his Domaine de la Grande Colline, which of course means big hill.

We were late when we drove into his driveway off the main drag in Saint Peray. And as I got out into his yard, in front of a colorful vegetable garden I had to wonder what did Franck Balthazar mean when he snickered, “Ask Hirotake about his 2013.”

Ooka was ready. I had to delay our visit for a bit to pee. I headed into his home. There, his wife nearly had a stroke as I attempted to set foot on her floors without removing my shoes. I corrected the situation (she was right, and I was an idiot. My shoes were a muddy mess.) and was utterly charmed by the nest of small naked children running around the house while fresh sushi perfumed the air with umami. An interesting image to have in mind as we drove a short distance to his wine cave, over which hung an almost obscured sign, “Caveau du Cressol.” 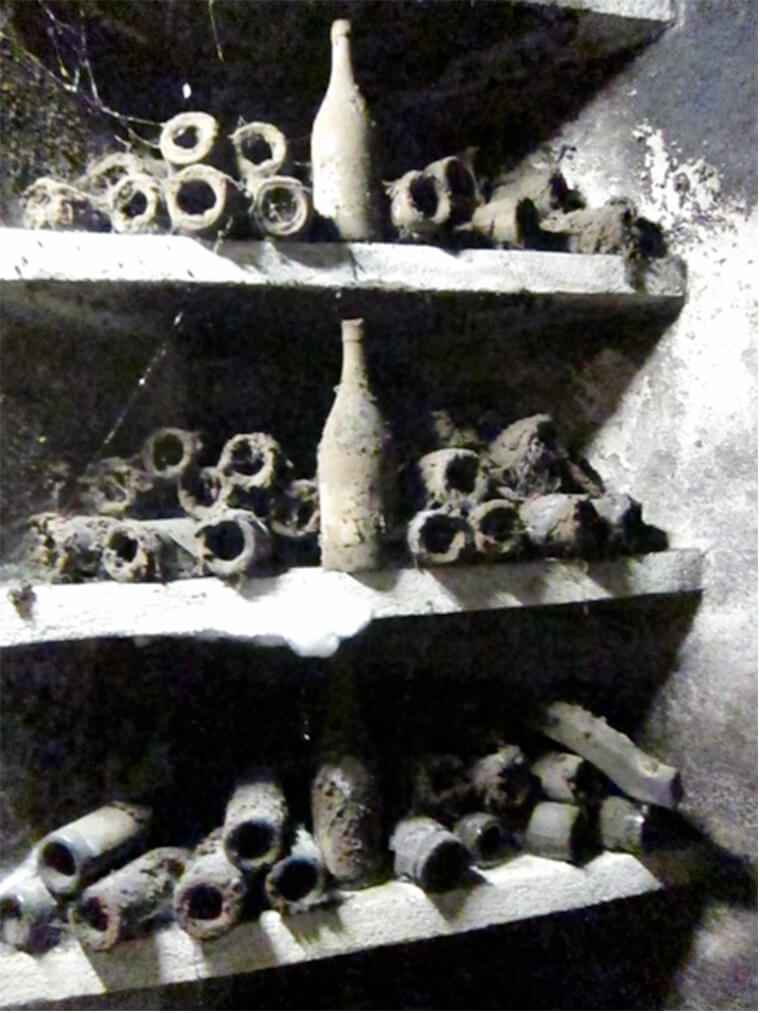 Inside we shivered next to the stone weeping with the cold and humidity. All bottles and crevices were clad in darkened fur balls of mold.

The cold helps with natural winemaking, something he says at least for the reds, “I’ve mastered.” He said this with such humility, it didn’t seem like bragging. His reds for the most part are vinified with a few days of carbonic maceration, then punched down for the remainder of fermentation until finished, then racked off into old barrels.

Part of his practice which adds to that mastery is to never move a wine until it’s stable. For example, his 2011 Saint Joseph had 36 months of elevage. His 2006 Saint Joseph is just being sold now. The exception, however, is his bread and butter wines, the less expensive (though delicious) Le Canon, released as a relatively fresh wine. He also makes a nouveau-like bottling for the Japanese. All are under synthetic cork. “That way, if there is something wrong, it is my fault. Not something out of my control.” 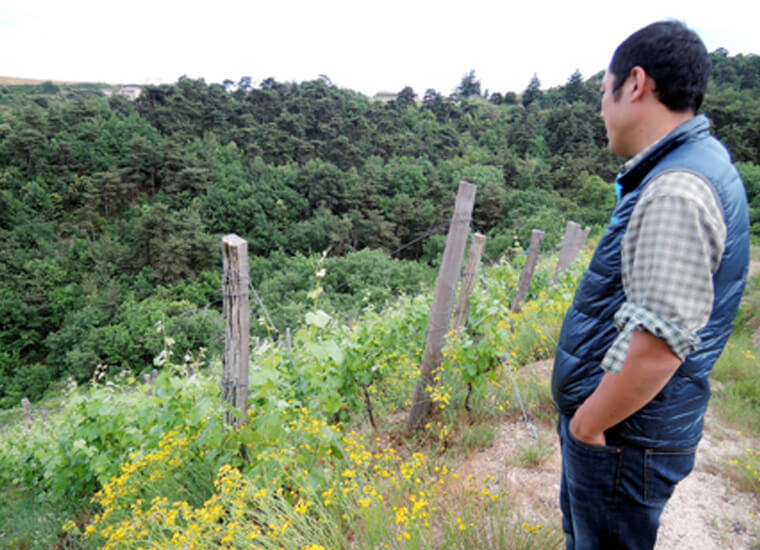 His dinner called him, but I begged to see his land. He agreed and we headed back into the hills, and turned through a neighbor’s backyard, to vines hiding in the shadow of Allemand’s cuverie. A secret place. Ooka only farms 3.5 hectares out of all his land. There are 12 different parcels. The one we walked out to see was a ridiculously steep vineyard, far steeper than anything I had seen before in Cornas. His name now made complete sense.

The vines stood in a romp of weeds and plants and vines planted to high density at about 8,000 plants per hectare. The air was gorgeous. Crackling, fragrant with the surrounding garrique released after the recent spot of rain. “So,” I finally asked, “what did happen in 2013?”

It turns out he wanted to follow an extreme version of Fukuoka and not treat but trust that the natural environment would be all the protection he needed. However, nature wasn’t kind: in 2013 he lost everything to rot. It was devastating, but he didn’t seem perturbed. “I was prepared for the risk,” he said. And now he’s learned. He will spray when he needs to.

THE TASTING Currently he only makes one wine from his own vines, the Cornas. The others are négoce, bought from biodynamic properties under the Le Canon label. 30,000 bottles in all. He hopes one day to get rid of the Le Canon and concentrate on his Cornas. As you can see from the tasting notes below, this would be a tremendous shame. Our palates (and pocketbooks) would be sad to see the label disappear. I’ve been in love with these wines since that first Le Canon vintage of his, I first tasted in 2003. It just seemed so very Cornas, animal and lively. Today, I still adore exploring and drinking all of his wines. But often my adoration is more passionate in France. I am on the fence about how well these wines handle travel to the United States. Here, at times, their 100% gorgeousness seems impaired. But even at less than 100%, they are worth the exploration if you can find and afford them. 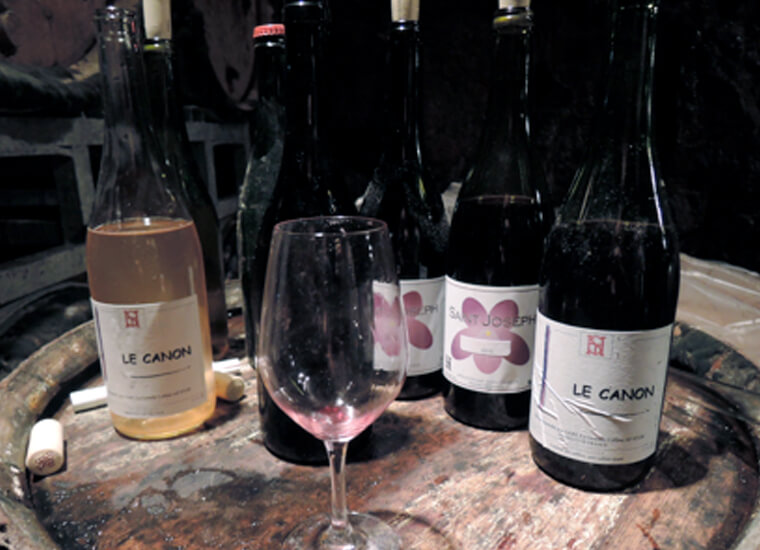 Made from Muscat d’Hambourg, with almost no color yet powerful with the Muscat perfume. Oddly disturbingly beautiful.

From vines near Condrieu, elegant and modest. A gentleman of a wine.

Whoa. This is sound and drinking. I swooned over a really grenache spicy nose. Precise. Elegant with such lovely refined tannins.

Since writing this article, Hirotake San has returned to Japan to make wine, he is still involved in projects in the Loire.