Best of TFL: Waiter, There’s a Cider in My Wine, Part One

The Feiring Line / Best of TFL: Waiter, There’s a Cider in My Wine, Part One

Best of TFL: Waiter, There’s a Cider in My Wine, Part One 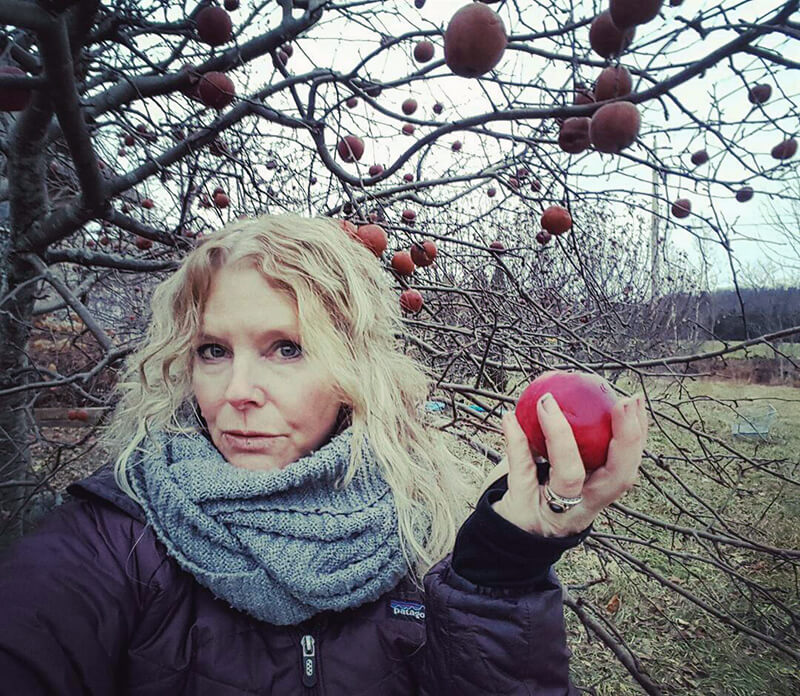 The criticism goes, some natural wines taste like ciders. Indeed they do. Something the matter with that? Read on to find out why to Ms. Heekin the problem is with the question and not with the answer.

On a gray, bone-cold day at the end of October when the apples in our orchard were still hanging red, golden, and heavy on our trees, Alice F. asked me what I thought about when people say a natural wine tastes like cider, and they aren’t being complimentary. Of course, I had heard this correlation before, sometimes in relation to my own wine. But my experiences had largely been positive, and the wines received responses more of amazement and intrigue rather than derision.

I grow wine grapes in the northern clime of Vermont. I also grow cider, the more historically traditional fermentation of New England. This year when we began to harvest our apples in late November, biting into fruit that had been frozen then thawed by rain and warmer temperatures, the juice floral, sweet and heady, I found myself thinking about this question more and started looking up articles online using the search words “natural wine” and “cider” and “bad.” I was soon plunked in a pool of bald statements.

A Newsweek article by Bruce Palling was entitled “Why ‘Natural’ Wine Tastes Worse Than Putrid Cider”. Occasionally, journalists or critics wrote in acceptance of the comparison, as in the June 2017 article in The Skinny, “WTF is natural wine?…And why are so many millennials buying it?” written by Tom Ingham in which wine buyer Katy Saide of the café Trove in Manchester, England says, “Some natural wines have a more fermented taste, a bit like cider, others don’t taste much different than commercial wines.”

There was even a piece in the April 27th, 2017 edition of The Economist called “Hipster Plonk: What’s Behind the Fad for Natural Wine?” Embedded in the piece with the catchy subtitle, Overtones of youthful rebellion and a hint of pseudoscience, was a bashing of natural wine, the assumption that people were drawn to it because of the woo woo of biodynamics and foot-stomping (all of which I do, by the way), and the taste, “which ranges from cider-like juice to something resembling conventional wine, but with a trendier label and a bigger price tag.”

So at the end of devouring these articles, I found myself knee-deep in cider-wine-analogies, that more often than not, felt like attacks. I was puzzled by the negativity. Two or three of my white wines often get compared to cider by professionals and neophytes alike. Someone recently asked me if this bothers me. According to much of what I had read, it should have.

But it didn’t. And even after wading through all those articles, my answer remains emphatically no. Quite to the contrary, I am pleased when connections can be made between these two different kinds of fruit that I grow and ferment. What does bother me is the assumption that any similarity between this natural sisterhood is, in fact, a fault.

The grape and the apple have long been compatible bedfellows. These two harvests born of my own particular alpine terroir—climate, plant varieties, history, and culture—are not unlike that of the Piemonte, Val d’Aosta or Alto Adige. They earmark the rhythm of our four seasons. To me, both cider and grape wine are wine and any differences in one inspires me for the other. In some cases, I blend the two together, or ferment ciders on grape skins, both antique methods borrowed from alpine regions in Europe, a happy and delightful marriage of fruit and place.

My biggest question for all the naysayers, was honestly, why does any of this critique matter? Why is it so often that this natural wine-to-cider comparison is even considered a negative?