Best of TFL: Waiter, There’s a Cider in My Wine, Part Two

The Feiring Line / Best of TFL: Waiter, There’s a Cider in My Wine, Part Two

Best of TFL: Waiter, There’s a Cider in My Wine, Part Two 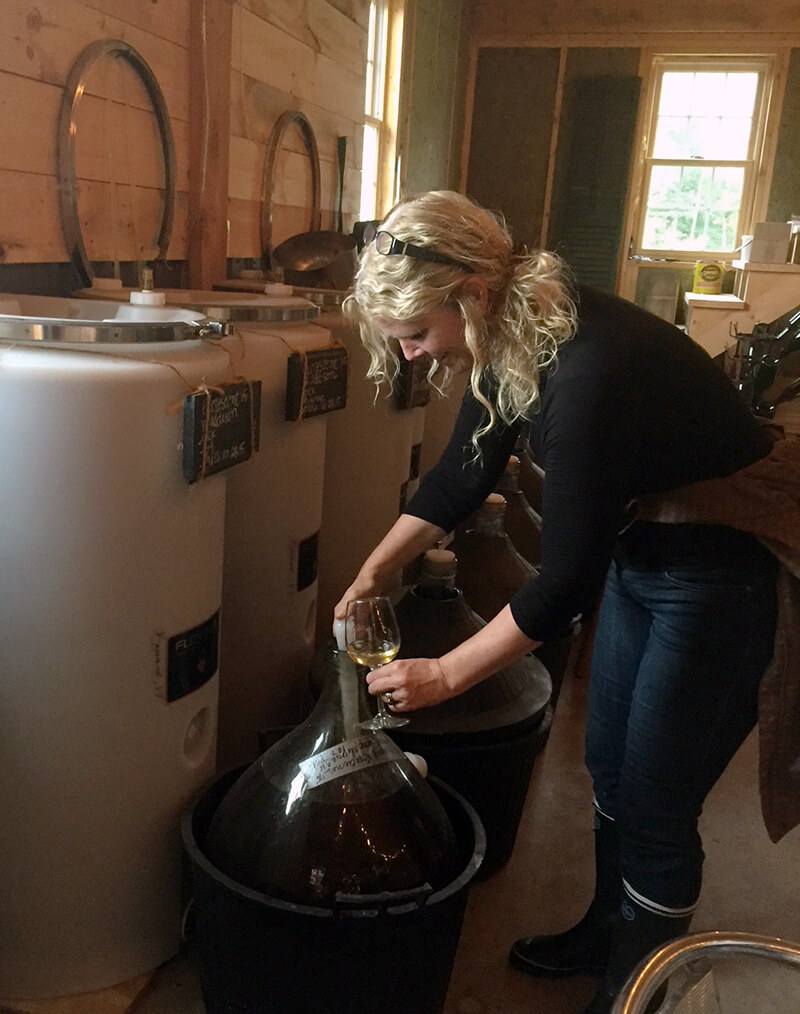 The argument that wine can possibly taste like cider leads us back in history, much like the conversation reminding us that natural wine is nothing new. Fermentation’s purpose was for survival through transformation. Kimchi, cheese, wine, cider, beer, sake, and eventually distilled beverages were all happy results.

With a similar process, one can expect similarities in flavors, textures, and scents between all fruit wines. However there may be specific reasons—many of them—for the noticeable connections between wine and cider. Two in particular point to the result of oxidative fermentations, long and short, as well as the presence of malic acid.

Natural cider typically takes longer to ferment, due to lower sugars, cooler winter fermentation temperatures in the cellar and high malic acids. This tart acid was first isolated from apple juice in 1785. It is also the primary acid to be found in many fruits and is present in grapes and in most wines, though the concentration decreases with the ripeness of the fruit. Its fermentation converts its harshness into the much milder lactic acid which produces more milky, creamy, cheesy flavors and is the primary acid of yogurt and sauerkraut.

When Alice passed over this story to me she sent along some correspondence she had with Rhône vigneron Eric Texier. “Apple juice (because of the malic),” he wrote,” is a very tough place for yeasts. Usually saccharomyces ferment sugar for months in cider, compared to days or weeks in wine.”

Now, when wines take longer to ferment (also at cooler temperatures) and are exposed to more oxygen, they may be open themselves up to more varied yeast and bacteria activities, some similar to cider processes. There can be similarities in taste profile. But even short fermentations done in an oxidative manner are also prone to these cidery elements, especially, I’ll posit, if the wine goes through malic in the bottle and creates CO2 and more appley flavors.

Also from Mr. Texier’s notes, “So if saccharomyces are weak or in competition with the spectrum of other yeasts present during fermentations (kloeckera, hansenula, brettanomyces, schizos), the potentially complicated lactobacillus (which can turn a wine into vinegar) will be responsible for metabolizing a slew of aromatic components, much more than if they just fermented malic acid. Some of those are typical of ‘gout de cidre’ or lactic tastes you find in beer, cheese, sauerkraut, kimchi, so popular among Nordic hipster somms.”

These cidery notes, for whatever the many reasons, are not limited to whites. As noted above, there are also red wines bottled young that have heightened apple or even orange citrus flavors and a little CO2 that accentuates the nervousness, unsettled quality of the acidity. These are often referred to as ‘crunchy,’ a very in-vogue way of talking about snappy red wines.

Texier who also, by the way, is cider obsessed and looking at making it his next act, suggested that the bruised apple or apple notes may also come to the bottle due to intensive farming—plowing too much. This decreases the availability of nitrogen which, he theorizes, opens the door for cidery aspects. “In my opinion,” he wrote, “this has almost no or little impact when the practice is conventional winemaking. Sulfur, additives (like nitrogen) and killer yeast would put back things straight.”

As a winegrower, this attempt to solve a mystery about scent, flavor, and texture in order to understand more about what is happening in the field and in the cellar intrigues. But as a wine drinker why does this matter? After all, isn’t what matters the open enjoyment of a wine, the intuitive or studied understanding of balance, the appreciation of what is unique?