<span class=”first-letter”>I</span> was at Fred Cossard’s place in Saint-Romain and as usual, it wasn’t a tasting, but a drinking, one bottle after the other after the other and I could have easily not gone anywhere. But then I looked at my watch and I was late for my next visit and sometimes you just have to be responsible. “Oh, Morgane?” he asked. “She’s right down the road, don’t worry.” And with that he opened up a bottle of his that he knew I loved. With a glass in hand I ran with him to the winery where he was installing his qvevri—yes, Fred Cossard has fallen for clay. I downed the glass and thinking she was just down the road, I headed north to Mavilly-Mondelot. 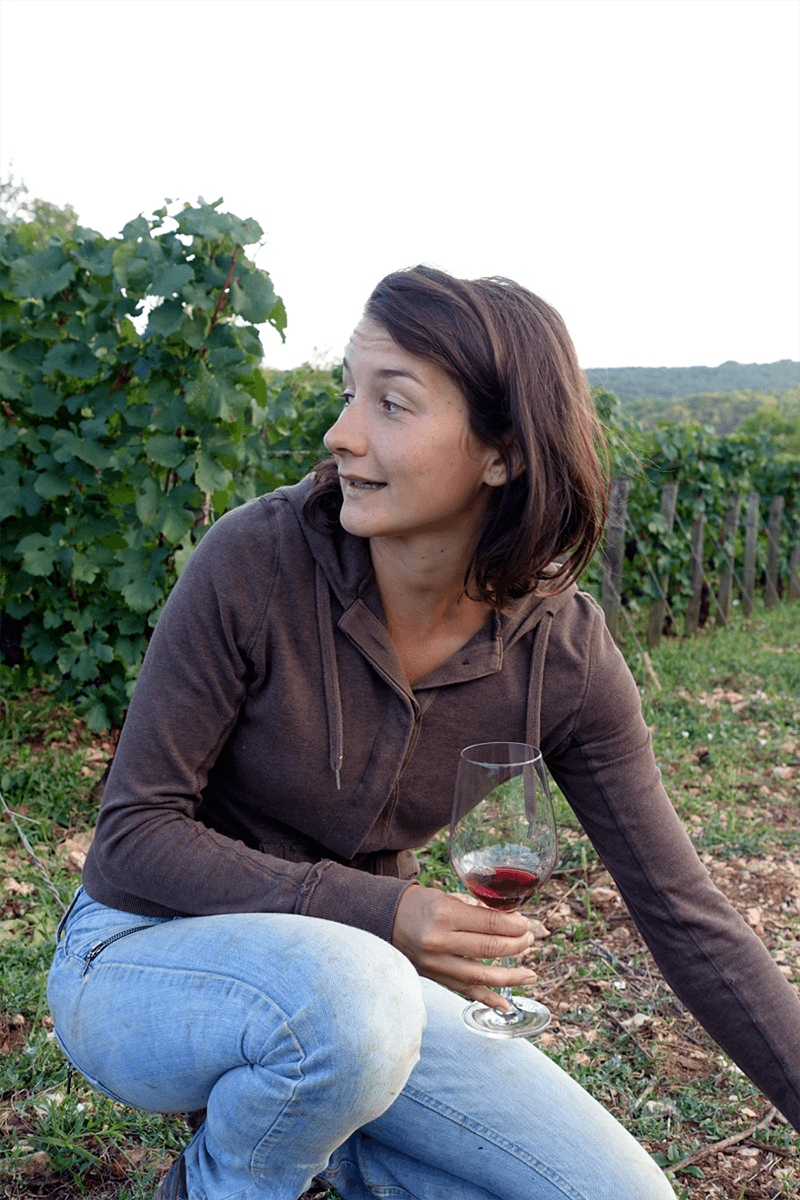 Through Tomoko of Chantreves as well as Fred I had heard that Morgane Seuillot was the daughter of <em>the</em> guy in Burgundy to hire to work your vineyard with a horse. So, when I pushed in a door next to the church in Mavilly-Mandelot and saw a veritable menagerie on the other side, I thought this could be the home of a horse whisperer’s child. Chickens ambled. A fat, penned-in porker snorted. A sweet, terrier-like dog cocked his head at me, but did not bark. Then there were the barrels. When a small-boned woman with a shy but sly smile and silky brown hair descended the steps carrying a bottle and two Zaltos, I knew I had the right place. “I’m sorry it’s such a mess,” she said with a touch of embarrassment, “We just moved in,” she said apologetically. “Let’s go!”