The plot line of Frenchette, the new restaurant in TriBeCa, could have been scripted as a reboot of the film Sexy Beast. But instead of one last jewelry heist, it was one last restaurant opening. While chefs Lee Hanson and Riad Nasr will forever be linked to the McNally splash Balthazar, it is this new spot that will win them a different kind of respect.

Balthazar’s early days in the late 1990s were a hot bed of talent and spawned some powerful voices in the natural wine world. Among them were two key players that have returned to the fold for Frenchette: wine director Jorge Riera (whose post-Balthazar life first took him to 360 and Ten Bells) jumped from WildAir. The devastating hurricane that hit Puerto Rico made it tempting for Arnaud Erhart to leave Vieques for drier ground and oversee the opening as floor manager. From the chefs to servers to management, there are ten people who are on board from way back. This is a team comfortable with each other, there’s even love. All of that tumbles over into the guest reception and glowing vibe. 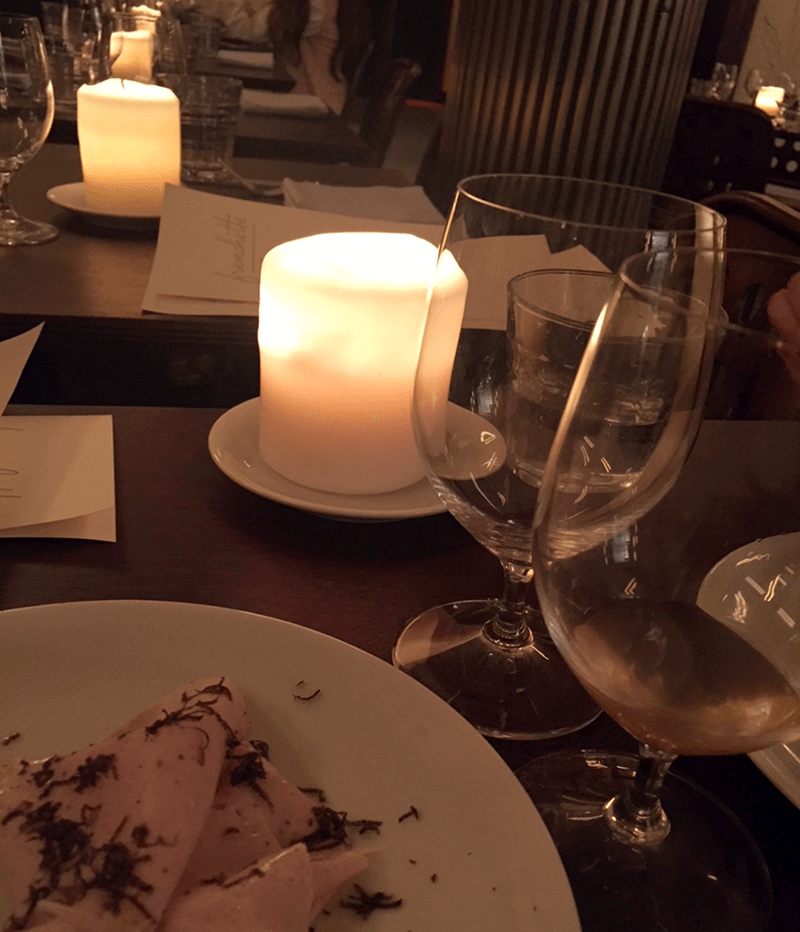 The decor, thanks to the Brooklyn-based The Springs Collective works authentically. The feel is shabby 1930s middle-class Viennese apartment. There are faded flower motifs on the wall and burnished simple mid-century arches. It’s just vague enough that it isn’t in the least ‘esque.’