If it weren’t for Tristen Gild, a book geek who until just recently worked at Kingston Wine Merchants, the world might have never thought piquette could be anything other than the plonk given to Roman slaves, French workers and Italian peasants. They might always have assumed Jancis Robinson was right when she described it as, “A thin, vinous liquid made by adding water to the grape pomace.” That all changed when in 2016 Gild came across a reference to the wine product in a 1970s wine book, The Red and The White by Leo A. Loubère. And that, my friends, is how the sensation of piquette started. 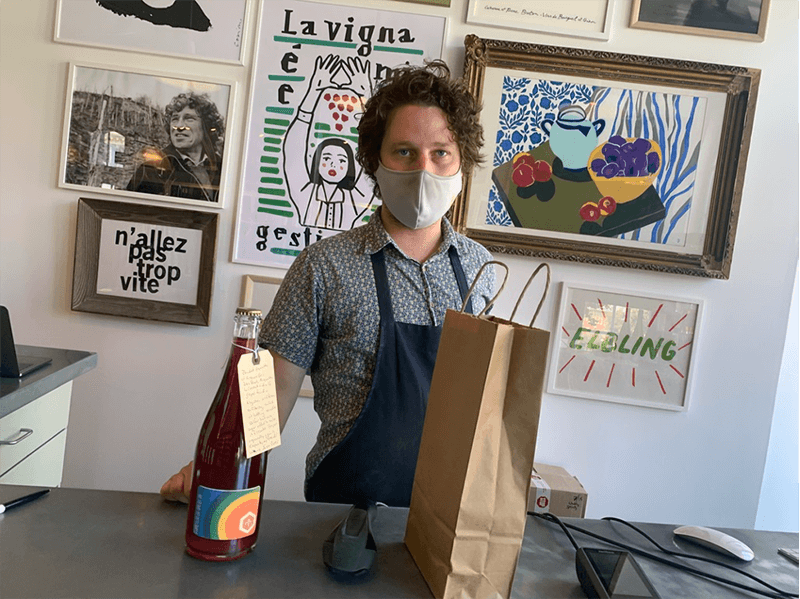 Gild on the job at Kingston Wine Merchants.
Gild, originally from Michigan’s “thumb,” said that after reading Loubère, he was fascinated with the notion. He called Todd Cavallo, then in his early years at Wild Arc Farm. Might this be a thing to take further? Taking the leftover garbage of winemaking and making a winey thing out of it could be the ultimate in recycling. Gild laughed with irony, “We should have trademarked it.”