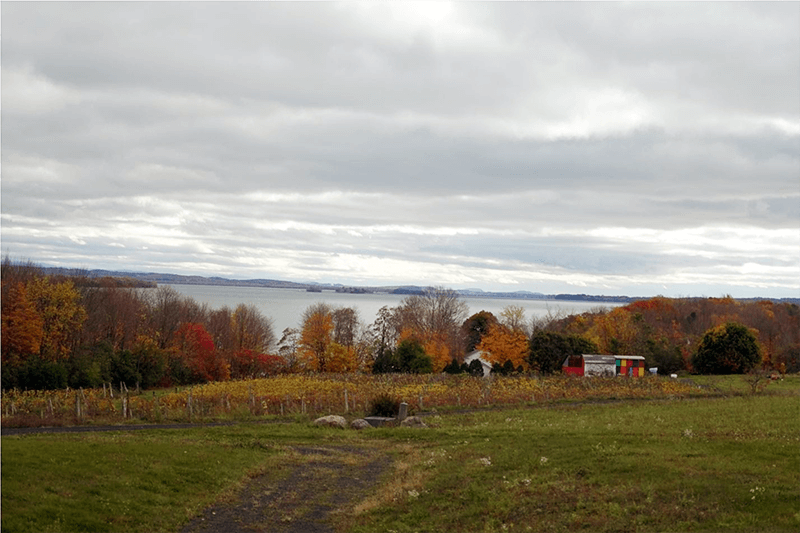 When veterinary oncologist Kendra Knapik was pregnant with her third child, she managed to carve out some spare time and enrolled in a viticulture class at the University of Vermont. Her stated motivation was to pursue work-life balance. Her fantasy was to stick five canes in her backyard in Stowe and bottle up some homemade wine. One woman’s balance is another’s madness, and her little plan exploded into a big one on the first day of class when her professor, Terry Bradshaw asked the class if they could plant anywhere in the world, where would they do it. Kendra innocently said, “Somewhere in the Lake Champlain Islands.” She supported her notion with the reality that the islands have the most extended growing season in the state, something essential in Vermont.

Bradshaw called her bluff and said, “I know a couple who wants to sell their vineyard in Grand Isle, are you interested?” 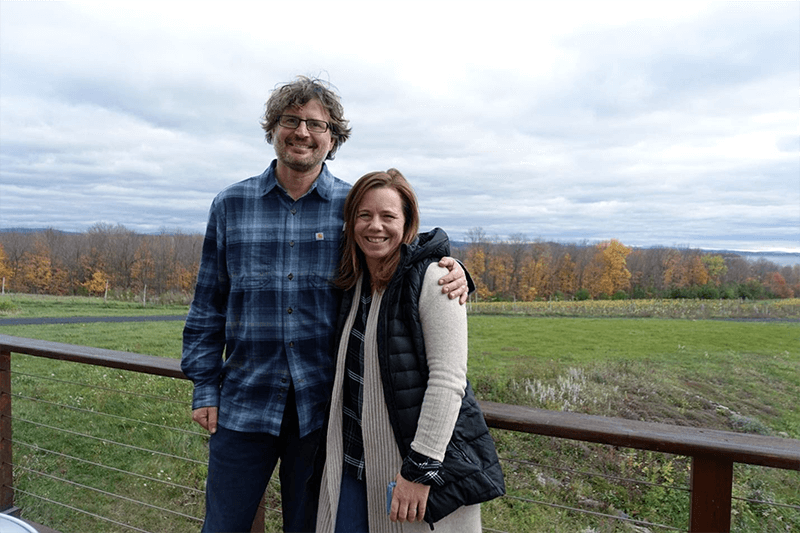 Kendra and Rob on their property.
Freckled, red-headed and earnest, Kendra, together with her physics professor husband Rob, went to see the land on a lovely slope on the eastern shore of Lake Champlain’s largest island. Did they dare?