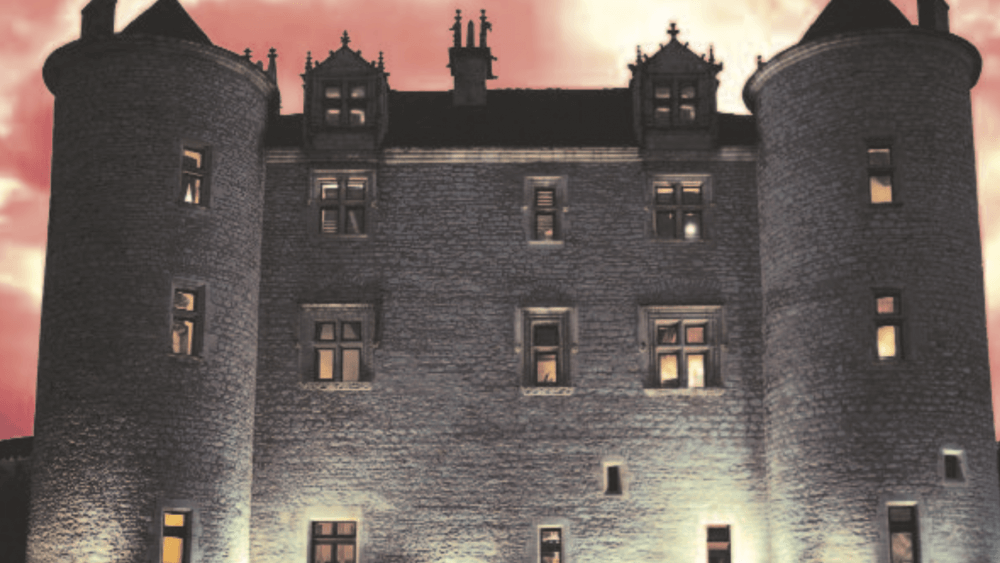 Several years back I went to visit a majestic place in Cahors, Chateau Lagrezette, and had, well, a very significant ghost sighting that still raises the hair on my arms.  This ran in Wine & Spirits magazine, October 2008.

The imposing Château Lagrezette castle, straight out of Sleeping Beauty central casting, is a little medieval, a little Renaissance, and really, not much rock ’n roll, except for its owner, the charismatic Alain Dominque Perrin, whom I had come to profile. It was June and the famed Cahors strawberries were out, as well as the last mushrooms of spring. I ate both greedily.

I was to sleep in the moulin, a house recreated on top of a burned-down old watermill, just steps away from the castle. Sometime after the blackest part of the night, I woke up with a dog-like sense of danger. The small hairs stood up on my nape, and being fairly hairless by nature, I felt their effort. Something smelled off in that paradise, surrounded by vines and woods that commingled the fresh smell of grape blossom and ferns. Something smelled rotted and dank.

Five years later I can still summon the smell, feel the white coverlet on the bed and the wind blowing into the room. The creek outside made sweetly clean noises. I felt two hands on my throat. I had experienced ghosts before but this was my first malevolent one. This guy was dangerous.

I used to have a ghost in my New York City apartment. Being skeptical about these things, I tried to deny her reality on her first few visits, then I surrendered and accepted. I always had the same feeling in her presence, like a dream where you try to move but can’t, try to speak but can’t…only, I wasn’t dreaming. She was odd, more of a nuisance. She tried to get into bed and, annoyed to find me there, she tried to push me out. My boyfriend made fun of me. Really who wouldn’t? But one night I whispered to him, “She’s here.”

He yelled out, “Leave Alice alone!”

Ronny could be very convincing. She did not return. Remembering this tactic, I tried to say in a way to leave no room for discussion, “Laissez-moi seul, maintenant!”

I was shaken. And I felt stupid. For a moment I second-guessed my take on reality and wondered if the mushrooms had really been cèpes.

In the morning, curious to find out if I was the only one who had experienced the Château Lagrezette ghost I asked the housekeeper, “Y a-t-il des fantômes dans cette maison?”

“Oh, no,” she said somewhat scoffingly. “Not here. They have then up in the château.”

Later that day M. Perrin took me to see where he was building a tasting room, in the dungeon under the castle. I was too timid to tell him my experience. After all, I was there on assignment and didn’t want to undermine my credibility. But as we descended, I was overwhelmed by the smell, the same one that woke me the previous night. I didn’t have to ask him what history was in the dungeon, as he volunteered. “Years ago they threw people down here, some innocent and some not, and God help them.”