Writer’s Block at the Tombstone

This was published in 2015, in the New York Times’ The End, a series about end-of-life.
Not at all wine related.

Forever the prankster, my father died at 79 on Yom Kippur of 2003, prompting my mother’s comment: “That day is for the holy — how did they ever let him in?”

Wicked or not, Dad was much loved by his siblings and his nieces and nephews. However, my brother, Andrew, and I had a different narrative. To us, our father was a failed lawyer, a sadistic philanderer — not much of a role model. When it came time to put up the stone, which according to Jewish custom is within a year after a death, we stalled. For a very long time.

Dad’s sister lost patience with us. One winter night six years after my father’s death, she shouted at me over the phone. I could just imagine her finger jabbing the air as she threatened me, “We will do it ourselves and have our own unveiling and we’ll never tell you. Take your hatred of your father to the grave!”

Only looking back on it now do I see the callousness of our fribbling. I should have been sympathetic; after all, she loved her younger brother just as I did my older. 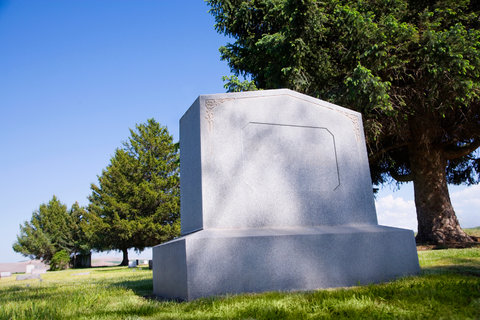 My first word was not Mommy or Daddy, it was “Ahdew.” My first memory was Andrew picking me up out of my crib. We fingerpicked our guitars together, singing out “I Ain’t Marchin’ Anymore.” We dug through our father’s underwear drawer seeking the clues for whom Dad was cheating with and when he would leave home. When I, a depressed teenager, hitchhiked in an attempt at running away, it was direct to Andrew’s dorm room. In trouble, he contacted me through dreams. Like the time he was thousands of miles away and, as I drifted to sleep, his voice woke me up.

“I’m scared,” he said. My mother thought I was nuts, but it turned out he was in a Manila hospital with a severe and mysterious inflammation.

Andrew went on to marry his college sweetheart, live in Milwaukee, have a family, become a cardiologist. I went on to have romance, yet not marry, to rent a Lower East Side walk-up and critique wine. Through it all he remained not only my brother, but also my best friend and the father mine should have been.

Our aunt was wrong about our delay with Dad’s stone. It wasn’t motivated by hatred. We had writer’s block. We talked feverishly about it, bonding over the task. But we could not solve the puzzle of the proper wording. How could we be truthful about our feelings, yet memorialize the love he inspired? We weren’t being flippant; for us, the stone was too heavy.

Mom suggested “I Did It My Way,” the tune Dad whistled as he left her in 1972. Andrew and I thought the poetic simplicity of giving his siblings and their children top billing, “Beloved Brother and Uncle Phil,” omitting us, would work. The stone had long been paid for and we were late and running out of excuses and ideas.

Several times a year, Andrew came in solo for visits to New York. When my aunt mysteriously stopped bugging us about the monument, we decided that on Andrew’s next trip out East we would visit the cemetery to see if she had made good on her threat.

It was a clammy Sunday in August when my mother, who should have been a taxi driver instead of the most senior jeweler left on the Bowery, drove from her home in Long Beach to fetch me. We picked up Andrew from La Guardia and headed to Pinelawn’s cemeteries. On the way we did our usual catching up: my next travels to Loire vines, his latest invention for angioplasty techniques, Mom’s complaining about the cost of a carat stone.

“It’s a maze here,” Andrew observed as Mom navigated through Mount Ararat to find my father’s family plot. We let her blaze the way, swinging her age-defying pink pocketbook.

Sure enough, next to our paternal grandparents, was a rock, flush with the ground, that bore the name Philip T. Feiring. The T., our father liked to say about the initial he adopted after law school, was not for Thomas, but for tuchas.

I glanced over at Andrew. Side by side we then looked down and saw Beloved Brother, Uncle, Father, Grandfather. Our aunt had done it her way.

Truly, we were more relieved than disturbed. We packed into the air-conditioned car and headed to Cedarhurst for the treat, kosher sushi.

A short year later Andrew, who was supposed to be on a plane to New York for one of his visits, called me.

“Are you here already?” I asked, confused, looking at the clock.

“No. I’m at the hospital,” he said, and I knew immediately he wasn’t in the cath lab.

“But we don’t have cancer in our family!” I insisted. I had to be calm. I knew he needed that.

When he was last in, there was the nausea he complained about. There was also that check he left for me, unbidden and sizable, under the coffee cup in my kitchen. It was an unprecedented concrete yet sentimental act of approving the unconventional and poorly compensated path I had taken. He must have sensed that his symptoms went deeper. I tormented myself; why hadn’t I intuited it?

“When did you find out?” I was bewildered.

That week, he had called the radiology department at the hospital where he worked. “I’m coming in for a few pictures,” he told them. He knew exactly what he was looking for and it was soon confirmed. “It’s bad when the radiologist bursts into tears,” he said to me.

We had a job to do, to strategize how to tell our mother that she would outlive her son. Then I stuffed a pillow in my mouth so my neighbors wouldn’t hear me as I bled the pain into its down.

Those of us who would survive started to fray.

My mother and I flew out as often as we could. I brought cashmere caps to keep his head warm, and wines to tease his palate, to show him why the world of wine had captivated me. He and I talked daily, struggling to snuggle into the closeness we had assumed we would have time for in old age. A year after his diagnosis, my sister-in-law told us to come the next day.

We had less than 24 hours to spend with him. He was in bed in the blue medical scrubs he wore as pajamas, clutching his pillow, in a morphine haze. I felt I could read into his restlessness, wanting it to be over and wanting to cling to life all at once.

My mother, a very religious woman, said she believed in miracles. I didn’t argue this time. I just said, “Go in and say goodbye, and tell him you love him.”

I stood by the door, grateful when she got the words out.

We returned the next week to Milwaukee where he was buried. It was a rainy, stormy, muddy day. He was 62.

A year later, no one could deal with the unveiling, where we would normally gather graveside to take a ceremonial gauze cloth off a stone, and then eat the traditional bagels and lox. Instead, on the anniversary of his death my sister-in-law sent me some digital pictures of the monument. In poignant contrast to the way Andrew and I handled our father’s, her stone went up swiftly. The words carved in the granite were unapologetic and erasing.

It sliced me in a way I couldn’t have imagined. There was no Jewish law requiring the mention of a sister or a surviving mother, though by custom the mentions include all those left to sit shiva. But like most traditions around death, they were in place more for the living. The dead? Not so much. Andrew would have laughed and have tried to soothe me. “Why do you need that affirmation?” he would have said. “Mouse, it doesn’t matter. Really. It doesn’t.”

My brother left notes, and not only under coffee cups. Like a silly girl looking for a sign from the dead, my eyes traveled up above my desk to the books of wine research and Philip Roth to a local crafts tchotchke Andrew had sent me long ago, when he was at medical school in the Philippines. It was a naked man wearing a removable wooden cask. Over the years I had always placed the figure, like some totem, close to my work spaces, from Selectric to Macintosh. Having not removed the barrel from the toy man in years, I slipped it off. All of its hinged appendages went boing. Taped to its torso was a note that my brother had written, the content of which I had forgotten.

But there in now faded indigo ink was, “Alice, hang in there. Love, Andy.”