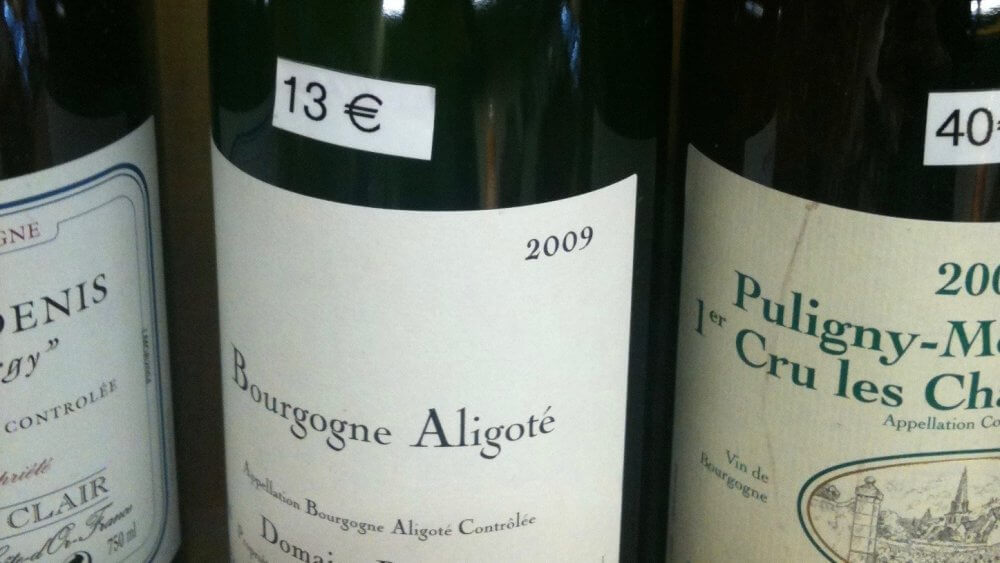 My article as appeared in the THE WORLD OF FINE WINE ISSUE 35 2012 (vinifera) All photography by Jon Wyand, from Bill Nanson, The Finest Wines of Burgundy (Fine Wine Editions / Aurum and University of California Press, 2012)

There are two faces of the Aligoté grape: straight or round; aromatic or lemon,” Pierre de Benoist of the Bouzeron estate A&P de Villaine had said to me. But alone in the Beaune lab of the Bureau Interprofessionnel des Vins de Bourgogne (BIVB), blind-tasting my way through 65 examples of the 2010 vintage, I wanted to text him, “Pierre! You forgot ‘awful’ and ‘more awful.’” The truth is, I love Aligoté, the much-maligned other white grape of Burgundy, which a few brave and romantic vignerons slave to elevate to greatness. I already had a short list of favorite producers. But that tasting was a reminder of just how bad the category could be. Descriptors included dirt, yeast, ick, vile, vomit, and “I have no idea what this is.” 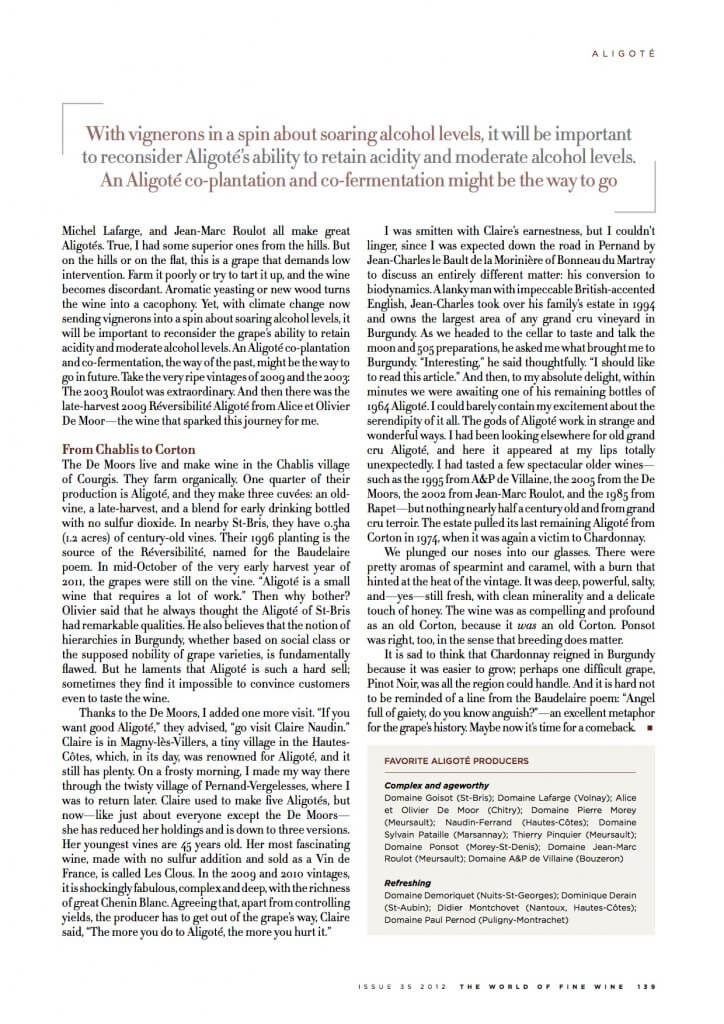