Blog
The Feiring Line / Uncategorized / Mother and the Friend. Sexism and the Silvaner.
Nov 26 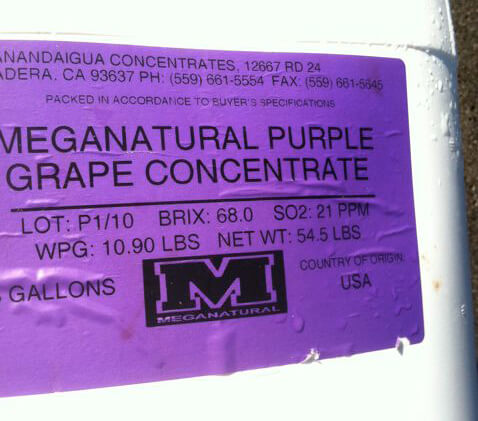 Mother and the Friend. Sexism and the Silvaner.

“Go ahead, you don’t have to stay with me,” Ethel said.

Ethel, that’s my no-longer-89-year-old, still doing the daily drive in from Long Beach to ‘the place’ on the Bowery, Mom. (Jewelry, if you must know. 82 Bowery. Piccadilly)

A few days back she had cataract surgery. At the intake they asked her about her alcohol intake. I answered for her, “Not enough.”

Glasses? Hah! Thimble-sized vessels! And she fills those thimbles with 5% mega-purple enhanced kosher wine. “The best there is,” she says.

Mom passed the operation with courage and flair. Post, she was miserable, pissed off that she still needed glasses, terrified to find teensie balls of crud in the corner of her eyes. She, always negative, was positive the procedure failed. “You really need a drink,” I said.

Five days later, I waited for her at the Eye and Ear. She was a half-hour late. “Traffic was impossible. A two-hour trip,” she said as I signed her in.

She was feeling guilty. “I can do this on my own. Go. Go.” Then she stopped ranting and asked, “What is it you have to do today?”

“Always with the tastings,” she shook her head. “Ah, well, I feel guilty enough for last week.”

I was quite stunned, she actually seemed to look burdened by guilt.

“Go live your life. Not that I approve of what you do…” She then shot me a look that could defeather a chicken and then added, “Please tell me you don’t swallow.”

In my life, swallowing is involved.

Just the other night I swallowed a particular wine. It made me happy. I needed to be happy because I was pondering a particularly pernicious oft-asked question, “Have you experienced sexism in the wine world?”

My pat answer has been to say no more than others. Then I often have reconsidered and said that introvertism and lone-wolfism had had more of an impact. “One gets ahead by networking, not sitting alone in the corner,” I’d offer, “I rarely can figure out the safety route to the middle of the room.”

While my shyness is a liability, so is being outspoken and opinionated, traits that are celebrated in men and in women? Hmm, not so.

Oh, that old boys club. Not exactly as profound as Roger Ailes, but the wine world has had its very own special sandbox of changing characters. Finally, even to me, a woman taught to look away, to make excuses, to say, no, that didn’t happen, the sexism was undeniable. Under the rubric of satire? An attempt at humor, based in ignorance without point of view is not satire. So, the next time that question comes up? Check. I’m going for it.

That crazy-assed silvaner pulled back the curtain to revelations. It deconstructed fantasy and turned it into reality. Yet at the same time it was one that would scare hoses of all sorts. The wine was 2 Natur Kinder. I knew it wasn’t only a wine, for those who don’t like this thing called natural wine, it could be a weapon.

The 2 Kinder’s feet are in Franken, Germany. A place known for crazy high acid wines and really shitty agriculture. You know, the take no prisoners approach to pests and weed killing.

All that changed when young Michael Völker rode in on his white horse, his beautiful wife Melanie at his side to take back his dad’s winery. In only a few years, in miserable weather, the wet, the rot, they showed that wine and the earth could be different. And Franken, could be known for something else other than their Mateus bottles known as Bocksbeutel. In the States they will soon be represented by Jenny & Francois. The price yet unknown. It won’t be eviscerating. May they go forward and fruitify.

There’s a man people call my boyfriend but—well, he prefers ‘friend,’ (which makes me think of little girls of the sixties who got their period, but nevertheless). My ‘friend’ was a little shocked by the wine.

“Is it a little too cidery?” I asked him.

Sitting at the head of the table, his fingers about to pince a green olive, he said yes. But these days he’s dealing with IBS or a relative and maybe everything is tasting a little sharp, because usually, he can swing with me on the wine perversion.

“But it’s so refreshing!” I declared. “And what about that zingy silver water in there, and its energy?”

The weather was sticky and tropical. The sun so bright the humidity caked. I imagined being in a solid vat of vaseline. The wine swung through it like a hula hoop. All of the sudden I was a little girl jumping through a hose in the backyard, with Becky barking alongside, egging me to leave the hose behind and celebrate the joy of a sprinkler.

Nice stuff. Metal and cringle and edge. Sprinklers. Waterfalls. Refreshment. A time when my brother was alive. He would have been curious. The wine’s finish went on all the way to the next morning. That is wine.

“I suppose it is cidery,” I admitted, even though for me it was so alive and quaffable, I couldn’t fault it for it, and anyway, I drink Bragg’s Apple Cider vinegar by the spoonful. To me this is not a negative.

It was my second experience with the wine. I loved it as much back then when I had it in a blind tasting. Judging, actually. It showed up in April during the VinItaly Wine Without Walls award. I had my judges at my side. It was in the afternoon. This bottle in a green sock appeared. We poured. We tasted. The chorus started to sing and the sprinkler went on high. It was our afternoon beer, our breakfast champagne, it was a palate cleanser sorbet between courses. Love? Five pretty decent tasters? Oh yes. It was fine.

In my newsletter I’d give it these symbols.

Take a look at that symbology, couldn’t it describe some love interests in your life?  Complex, wild, verbal, cool, and emotional. And don’t misinterpret that hard core, please. Take your mind out of the gutter. I mean it here as intense. Thank you.

As my mother said, it’s not that she approved of my lifestyle. She actively disapproved. I should have grandchildren by now and make shabbos ever Friday night for my doctor husband. But there I am, approving of a wine that has a good dollop of apple cider vinegar and a whole lot of excitement. I’m dangerous for a mother ruled by fear.

The end of the story? I made my friend happy with the Pignard Régnie. I sat through Mom’s appointment and waited for the bus, holding the not yet fragile hand of a woman who cozies up, once a week, to Kedem Matuk Rouge. And as I sprinted off to the tasting, I thought of the paradox of it all.